An antimicrobial coating can be applied to great variety of products, and industries that have benefited from this pathogen-killing technology include the medical, industrial, food processing, automotive, and chemical processing industries.

The industry that has most benefited from antimicrobial coatings, and for which this technology is most utilized, is the medical industry, and here it is largely used to ensure the proper sterilization of medical devices, to prevent hospital-associated infections. When one considers that hospital-associated infections have accounted for almost 100, 000 deaths per year in the United States, it becomes clear how valuable this technology really is.

As mentioned, antimicrobial coatings are also used in the food processing industry, and here we encounter it largely in the form of non-stick kitchen utensils, like non-stick pans and bakeware. The word “non-stick” reveals another property that antimicrobial coatings have, and it is this property that makes them so ideal for pans and bakeware. Apart from killing pathogens, which is no doubt important in the food industry, non-stick pans and bakeware can also prevent burnt foods from sticking to these utensil surfaces. They also enable us to make fried foods using less oil or butter, which not only makes the production of fried food cheaper, but healthier, as well.

But How Exactly Do Antimicrobial Coatings Kill Pathogens?

These types of coatings allow for the formation of silver oxide on the outside surface, which then has the ability to attack multiple elements within the pathogenic cell, and to deactivate many important physiological and reproductive functions. In other words, the disease-causing cell loses its ability to spread the disease it is carrying and to multiply. This happens because silver oxide consists in large part of positively charged molecules, which attract and bond with the negatively charged side groups on bacterial molecules. This means that the silver oxide binds itself to the bacterial DNA and so hinders the pathogen’s ability to reproduce. It also deactivates the metabolic enzymes in the pathogenic cell, meaning the cell can no longer do what it was meant to do. 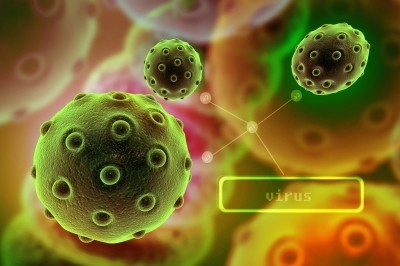 What Pathogens Are Killed by Antimicrobial Coatings?

Silver oxide is especially effective in the fight against the bacterial strains known as Escherichia coli and Staphylococcus aureus. Escherichia coli is known for causing the effects of what is commonly known as food poisoning, and Staphylococcus aureus also causes food poisoning and, at times, skin infections and respiratory diseases. Apart from these two pathogens, silver oxide has also been proven to be effective against at least 14 other strains of bacteria.

It does bring a certain sense of relief to know that those utensils in the kitchen with a non-stick coating not only make the preparation of food easier, but healthier, and on more than one level.  What also deserves mention is that non-stick coatings can be applied to ordinary pots and pans at an affordable price, and without too much hassle. So call (773) 282-9100 today to ensure that all of your cooking is completely pathogen free.

We use cookies on our website to give you the most relevant experience by remembering your preferences and repeat visits. By clicking “Accept All”, you consent to the use of ALL the cookies. However, you may visit "Cookie Settings" to provide a controlled consent.
Cookie SettingsAccept All
Manage consent

This website uses cookies to improve your experience while you navigate through the website. Out of these, the cookies that are categorized as necessary are stored on your browser as they are essential for the working of basic functionalities of the website. We also use third-party cookies that help us analyze and understand how you use this website. These cookies will be stored in your browser only with your consent. You also have the option to opt-out of these cookies. But opting out of some of these cookies may affect your browsing experience.
Necessary Always Enabled
Necessary cookies are absolutely essential for the website to function properly. This category only includes cookies that ensures basic functionalities and security features of the website. These cookies do not store any personal information.
Non-necessary
Any cookies that may not be particularly necessary for the website to function and is used specifically to collect user personal data via analytics, ads, other embedded contents are termed as non-necessary cookies. It is mandatory to procure user consent prior to running these cookies on your website.
SAVE & ACCEPT